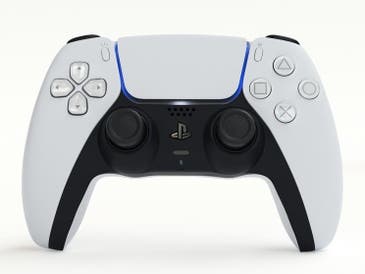 ¡¡¡¡When I first saw Open Country, I thought the concept of a hunting game that’s actually a survival game was great. In one of my favorite games, The Long Dark, I often hunt for game for survival, and the thought of a hunting game embracing that concept absolutely tickled me. The idea of a game where you can hunt to survive without the backdrop of a post-apocalypse was also extremely appealing. I mean, who wouldn’t want to get away from the claustrophobia of city life to the great outdoors once in a while? And if that’s not possible, video games are the next best thing, right?

¡¡¡¡Open Country is a third person semi-open world survival game. You play as a hunter and survivalist, tired of their 9-5 and city life, who has decided to get away from it all. After befriending a man named Gary at a remote hunting lodge, you’re given a series of tasks from him and a number of characters that you’ll encounter through Open Country’s 30 story missions. Or, if you’d rather skip all that, you can take your RV to one of three areas and play Open Country as a sandbox, hunting, fishing and riding ATVs to your heart’s content. While Open Country is dressed up as a hunting game, it’s really a survival game where things like hunger, thirst, energy, and sleep come into play. And while you’ll have access to a store where you can buy hunting supplies, when you’re out in the wild, you’ll have to rely on your ability to craft items, medicines and shelter to survive. It’s like a clear path to video game bliss, but it just doesn’t come together.

¡¡¡¡First of all, as a hunting game, Open Country just isn’t that great. A lot of the hunting game core mechanics exist, such as tracking, masking scents, animal calls, etc.¨Cbut they just don’t really matter too much. Guns feel arcade-like, and concepts like ballistics on long-range shots didn’t even enter my mind. Getting a kill on a rabbit feels the same as scoring a deer, or even gunning down a wolf of a bear¡ªthat is: too easy. Tracking is not really a concern, either, with how easily animals are killed, and how abundant they seem. Even when I decided to ignore sneaking, and made as much noise as possible, I could almost run into a clearing and pop off a few small animals or even wolves. Once the animal is killed, you can harvest it, which is done quickly with a press of a button.

¡¡¡¡As a survival game, Open Country isn’t that great, either. At first, finding food and fresh water is a little annoying. It feels like you’re flung into the deep end, and even visits back to the hunting lodge don’t refresh hunger, thirst, or fatigue. Crafting is a bit of a chore. You can’t (as far as I could tell) harvest logs and branches from trees, so you’re forced to find them on the ground. Logs and branches make up most of what you need to craft¡ªand that is mostly shelters, and fire. Drinking dirty water can make you sick, too, accelerating hunger. However, once you get the ropes and some experience points, it’s a lot easier, especially with points into hunger and thirst reduction. But even playing smart can get you killed or sick¡ªI ran into a ton of bugs in Open Country.

¡¡¡¡I can understand how drinking dirty water could make me sick in Open Country, but filling my canteen shouldn’t¡ªbut it does, and frequently. It’s just one of many bugs I encountered playing Open Country that affect everything from the ability to progress in missions, to animal behavior. Sometimes animals I’m hunting disappear into rock faces, or birds that are flying too low decide to push me off of a cliff. You have a canine companion in Open Country, but the dog’s behavior is some of the worst examples of janky animal behavior I’ve seen. There were even a few times when I told my dog to seek out a bird I just shot, just for him to run in the opposite direction and disappear.

¡¡¡¡While you’re not out in the country, you’ll be spending your time back at the lodge. As you progress through the missions, the lodge evolves, and the characters you meet along the way tend to gather there and hang out¡ªbut mostly to cosmetic effect. You can buy and sell items here¡ªbut the prices seem way off. Selling food items like berries and raw meat often fetch higher prices than pelts.

¡¡¡¡Production-wise, Open Country is not a great looking game. Animals look strange, with their scaling off. There is character customization, but just barely, with most choices looking almost identical to the others for both sexes. The general environments in Open Country aren’t that great looking, either, with draw distance set to an inexplicably low setting¡ªwith no advanced video settings. The soundtrack has some catchy tunes, but it often feels out of place. And worst of all: the voice acting. The main character has a strange gravelly southern affectation that is, quite frankly, distractingly bad.

¡¡¡¡Open Country can be played in multiplayer, too. Unfortunately, you can’t play with your friends in the main story, but are forced to play in a specific hunt. This hunt can be done as a team, or as a competition with up to three other players. I did not have a chance to test out the multiplayer modes, but my hope of playing in the main sandbox with my friends is dashed.

¡¡¡¡Open Country is an ambitious title that just ended up missing the mark. It has a large world to hunt in and explore, but both sides of this outdoorsy coin end up being lackluster: as a survival game it’s quite mediocre, and it’s one of the worst modern hunting games I’ve played in recent memory.

¡¡¡¡Open Country is available today on Steam and the Epic Games Store for PC and on PlayStation and Xbox.

¡¡¡¡If you like the video game, tabletop, or other technology content that Third Coast Review has to offer, consider donating to our Patreon. We are the only publication in Chicago that regularly reviews video games, and we cover lots of local Chicago-based events and more. If you want to contribute to our coverage of Chicago’s video game scene (and more) please consider becoming a patron. Your support enables us to continue to provide this type of content and more. Patreon.com/3CR

¡¡¡¡You can also catch us streaming games we’re reviewing and staff favorites on our Twitch channel.